Louis Vuitton’s creative director Nicolas Ghesquière has brought the French fashion house all around the world to debut new collections. Just last year, to present the Louis Vuitton’s Resort 2018 line, he staged a breathtaking runway display on an architecturally-modern suspension bridge at Miho Museum in Kyoto, Japan. Since then, fans of fashion house have been anxiously waiting to learn where Ghesquière will head next.

After taking over the Miho Museum near Kyoto, Japan for Resort 2018, in March Nicolas Ghesquière revealed the location of the next Louis Vuitton Cruise show, via Instagram. Staying true to the brand’s Parisian roots, this year Louis Vuitton unveiled Cruise 2019 at the Marguerite and Aimé Maeght Foundation for contemporary art, on the French Riviera.

Inspired in part by the style of Aimé Maeght, paid tribute to eccentric ways of dressing, assembling outfits that were remarkably unconventional, like a wrapped collage of shiny white silk topped with a cowboy hat, or a mannish blazer several sizes too big worn over a lacy slip evocative of louche nights from decades past. The sometimes intentionally frowzy effects of the clothes – a capelet made of feathery paillettes of mismatched sizes or a long silk robe worn with the sash undone – suggested a woman who had assembled her wardrobe from a lifetime of vintage finds.

Worthy of the place where it was presented, Louis Vuitton’s new proposal has a nod between modern and contemporary Maeght art. In short, a tribute to eccentricity as Ghesquière said. The chic Mediterranean seaside—which has become a go-to vacation destination for the rich and famous— is prove a stunningly scenic backdrop for any designer’s resort collection.

Pieces with lingerie, feathers and complement their looks with XL boots are the most recurrent elements in the proposal of the French designer. In short, it was the perfect way to bring inspiration from a few decades ago with a super trendy and modern touch.

“The volumes of the statue were influencing my silhouette. You always have to fight with gravity when you’re creating clothes. You want the clothes to be light or suspended or in movement with the body of the woman,” Ghesquière said.

Nicolas Ghesquière’s momentum has slowed over the last five years, but he initiated a new stage of his recently renewed relationship with Louis Vuitton through a spectacular, magpie grab-bag cruise collection.

British Vogue’s contributing editor Grace Coddington is a close friend of Nicolas Ghesquière. They merged their creative minds in a capsule collection of accessories for Louis Vuitton featuring Coddington’s inimitable animal illustrations. “My collaboration with Nicolas and his team at Louis Vuitton has been so much fun. I hope it will be a dream come true for Pumpkin, Blanket and Nicolas’ dog. It certainly is for me. It started with our love for animals, it’s where Nicolas and I really connect beyond fashion,” Coddington said.

If we could define the collection with a word, we would definitely choose eccentricity. The catwalk that was flooded with cuts, textures, embroidery, prints and more. An overload that is worth watching. Suffice it to say, we were eager to see what the designer had up his sleeve for Vuitton this time around—especially with the home-court advantage. But as usual the brand did not disappoint us. 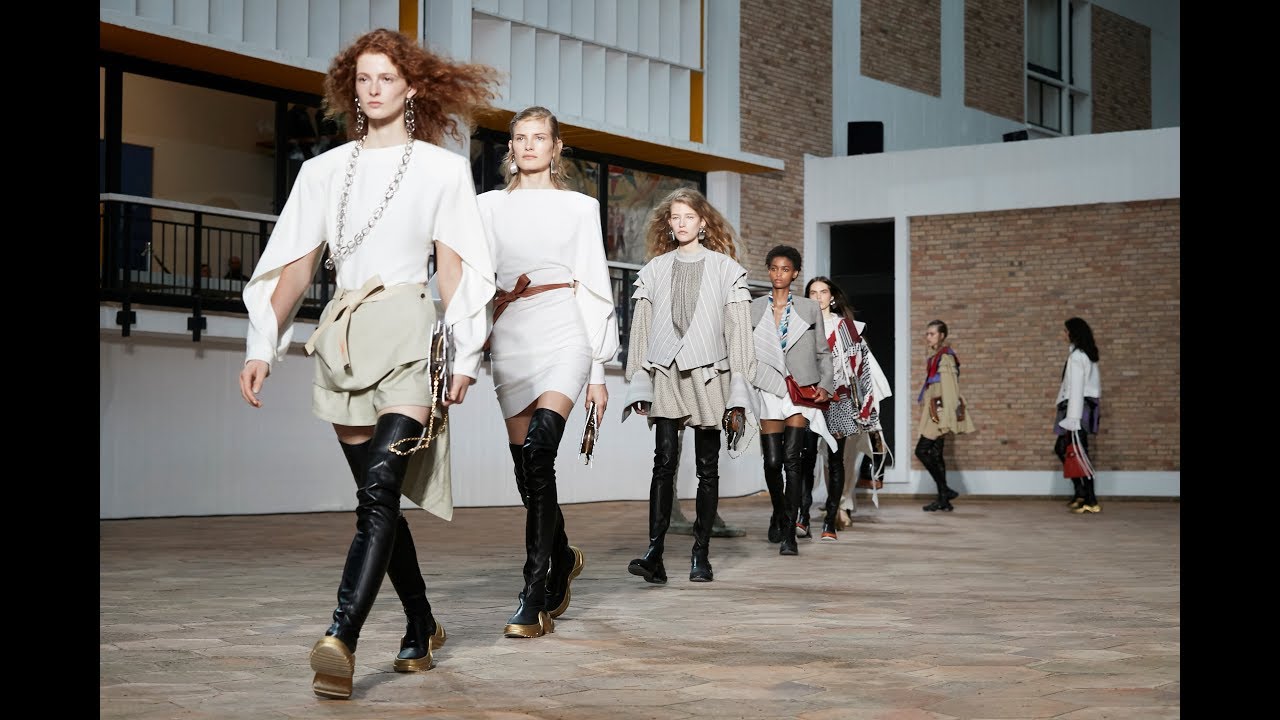 Louis Vuitton's creative director Nicolas Ghesquière has brought the French fashion house all around the world to debut new collections. Just last year, to present the Louis Vuitton's Resort 2018 line, he staged a breathtaking runway display on an architecturally-modern suspension bridge at Miho Museum in Kyoto, Japan. Since then, fans of fashion house have been anxiously waiting to learn where Ghesquière will head next.