Miu Miu is positioning itself more and more as the brand’s teenage sister for Prada’s most intellectual adults, or at least that’s what this collection looks like.

Miu Miu has created a space full of art to present this collection at the Pariser Modewoche. A striking installation made with black and white symbols and letters has hosted an avant-garde fashion show with classic reinvented proposals, such as camel coats, oversize jackets, trench coats, boots and dresses.

The 60s have invaded the Parisian catwalk with the Miu Miu parade. And is that Miuccia Prada knows how to differentiate very well their two signatures, Miu Miu stopped being the second. Now they are the same and as such, they parade. 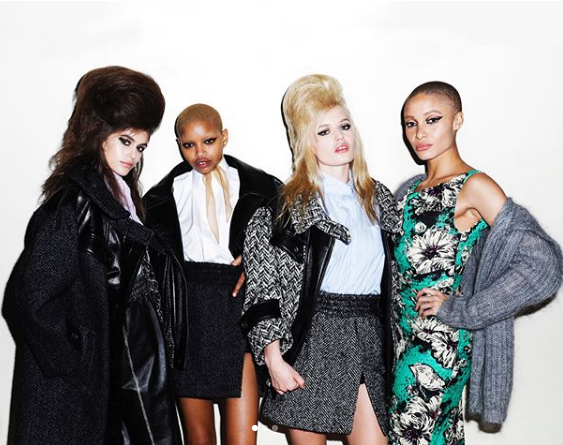 A collection that follows the prevailing line of the 80s with touches of the 50s. The oversize coats, the loaded toupee and the shoes marked the collection. Vinyl raincoats, extra volume on the shoulders, lots of leather and Prince of Wales print. The most sophisticated proposal comes from the hand of tube dresses with floral prints, midi skirts and mini skirts with openings. The denim has been another of the protagonists, along with the more Rockabilly carded that carried all the models.

Elle Fanning has been the surprise of the parade, taking another step in her constant collaboration with the bridge firm of Miuccia Prada. The actress has been responsible for opening and closing the show. A massive uproar arose at the beginning of the Miu Miu show when Marc Jacobs and Gwendoline Christie applauded Elle. Fanning wore a delicate quiff, a flaccid eyeliner, a tan coat from the 60s, blue gauze scarf and a pair of low and buckled booties. Her first trip around a runway has seen its fruit on the catwalk, but also receiving much criticism because an actress take a job to a model. 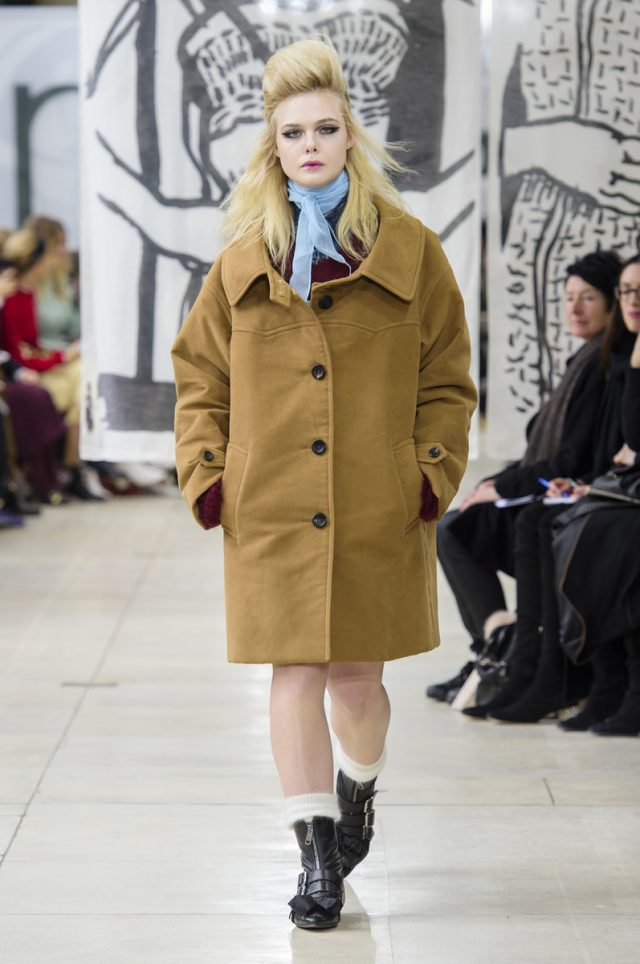 Miuccia Prada loves an excuse to return Miu Miu to the 50s and 60s, but this time she said she was less interested in explaining the theoretical pores and the reasons than in portraying “personalities, different people and being diverse, not only in terms of race, but to be big or small.” 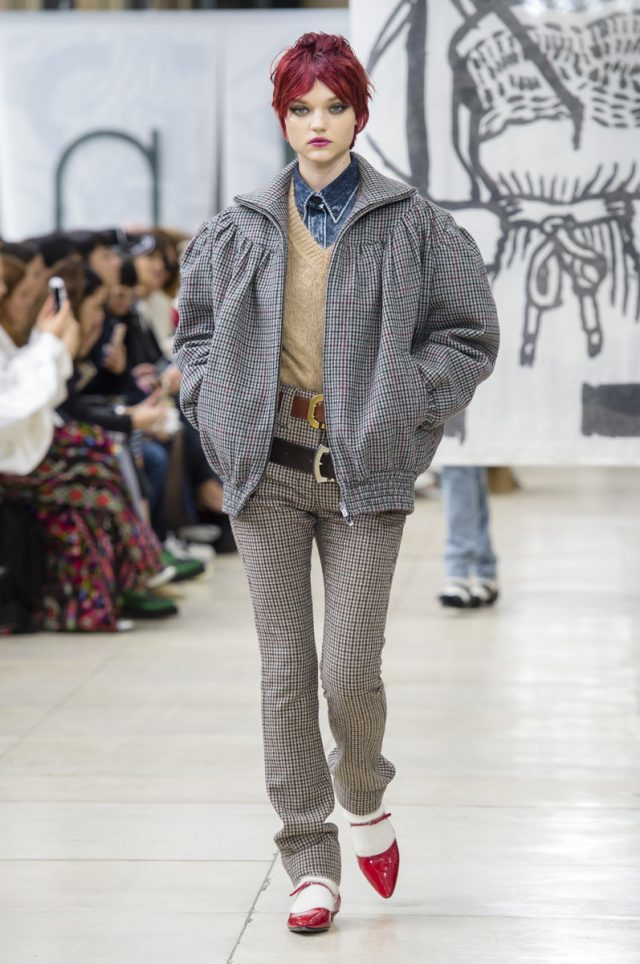 On the catwalk we saw Slick Woods, Edie Campbell, Adwoa Aboah, Georgia Jagger, Lily McMenamy and Kaia Gerber, wear clothes that soon began ringing bells among the members of the audience. Many other characters followed: a gang of tough suburban girls who walked with their deliberately spoiled hives with conviction. 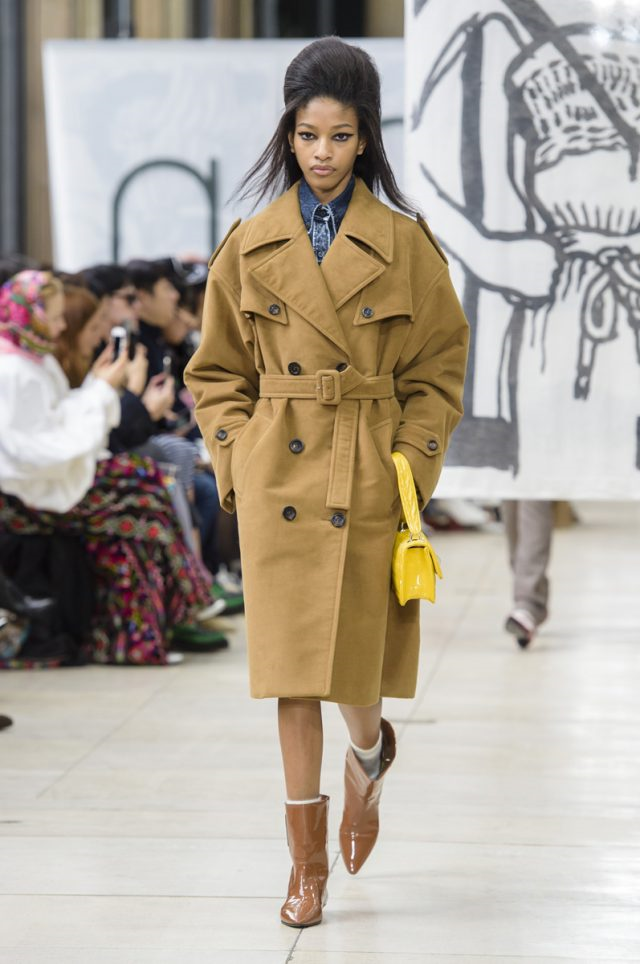 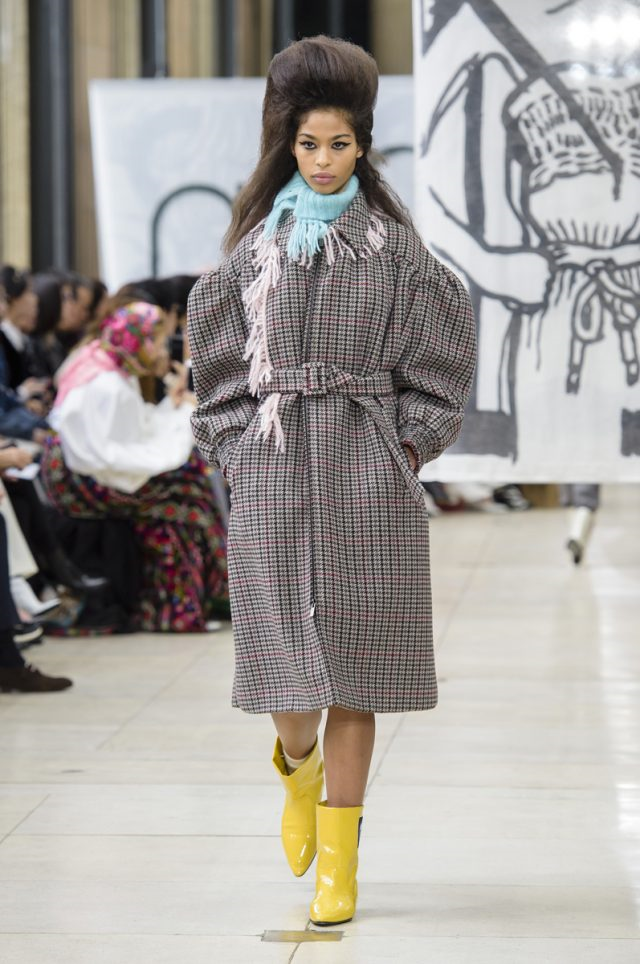 The coats and in general all the sixties air of the parade, were the best part. As for the color we have brown, blue, black, purple, yellow, green, orange, gold, red, Weiß, gray and blue. Everything is to get the greatest possible impact.

So better not miss it. Let’s see the parade! 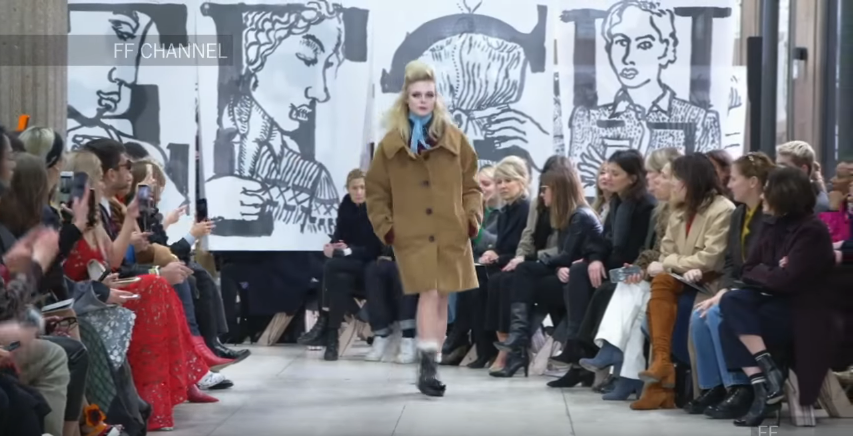 Miu Miu has created a space full of art to present this collection at the Paris Fashion Week. A striking installation made with black and white symbols and letters has hosted an avant-garde fashion show with classic reinvented proposals, such as camel coats, oversize jackets, trench coats, boots and dresses.