Although Japan has produced some of the most impressive fashion designers, recently, it has only had few notable exports. To remedy this, the Coconogacco school in Tokyo is breaking the rules of traditional fashion education. 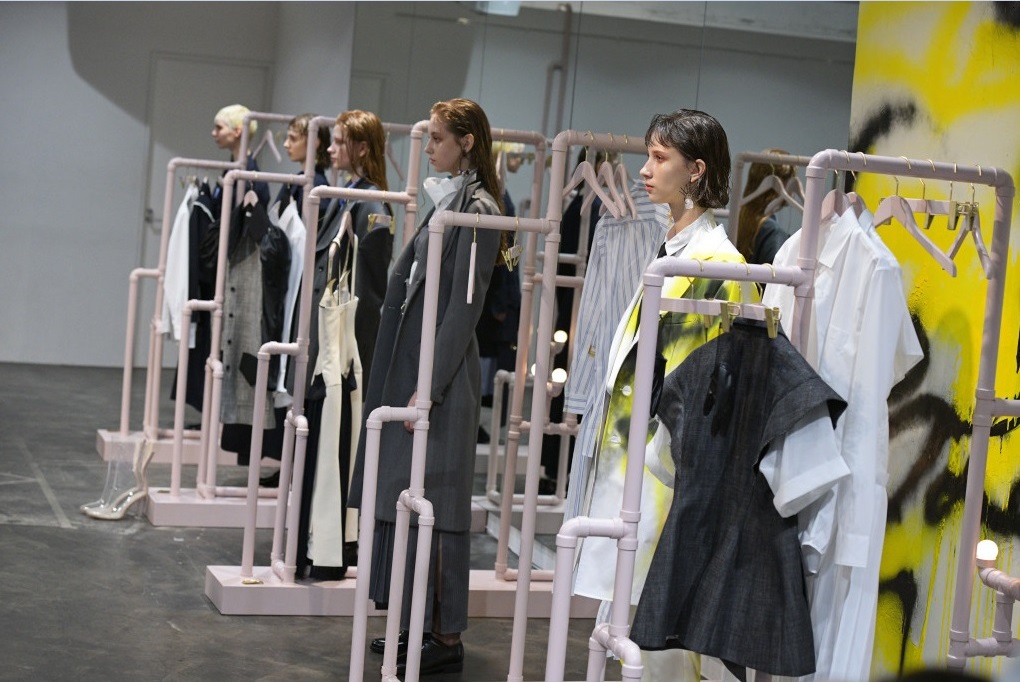 A proof of this, is the designer Akiko Aoki, another success story of Coconogacco. Akiko made her first individual fashion show at Tokyo Fashion Week 2016, and since then she has shown us that she is here to stay and revolutionize the world of fashion. 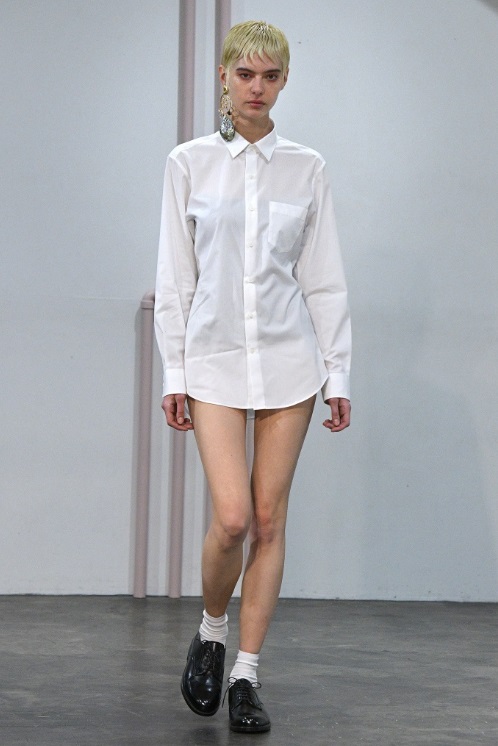 Aoki is a promising talent, whose feminine designs reflect an open sexuality that is unusual in a Japanese designer. Although she studied fashion design at Joshi University, as well as one year at Central Saint Martins, Aoki attributes much of her creative experience to what she learned at Coconogacco. “A large variety of students got together in the same class at Coco and we exchanged ideas about everything, not just fashion, at other Japanese art colleges, they just want to study fashion or art, and only focus on that, but at Coconogacco we always discuss several things together and together we find new ideas.” 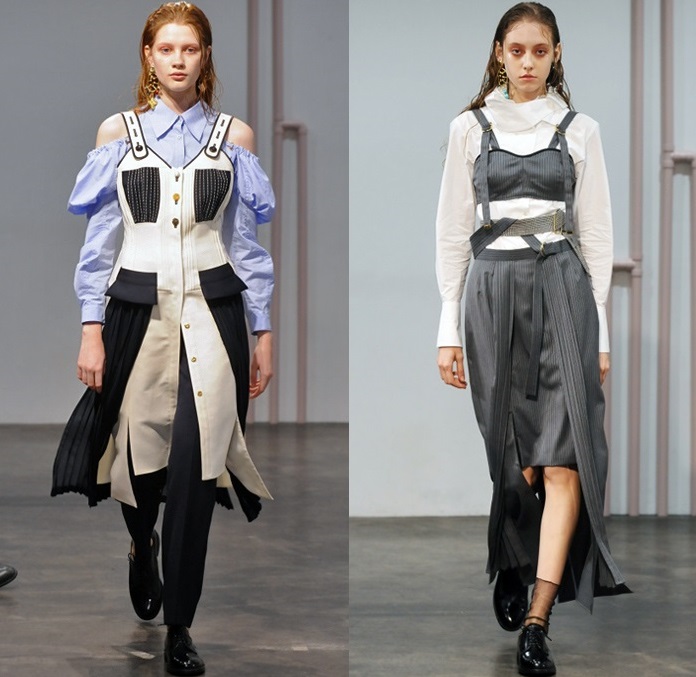 In the four short years since its launch, Akiko Aoki has quickly become one of the most talked about brands in the Amazon Fashion Week calendar in Tokyo. Then, when she chose to represent her fall show in a small underground space, the city’s top editors clamored for one of the few seats.
Akiko Aoki conducts her 2018-2019 Fall Winter Womens Runway Catwalk Looks during Amazon Fashion Week Tokyo in Japan. An original and innovative parade, the setting seemed a bit strange at first, with the audience sitting on one side of the room facing a wall of mirrors, in front of which were five sets of white tubes, a shoehorn at the base of each one, and in the middle, a single pair of oxfords. 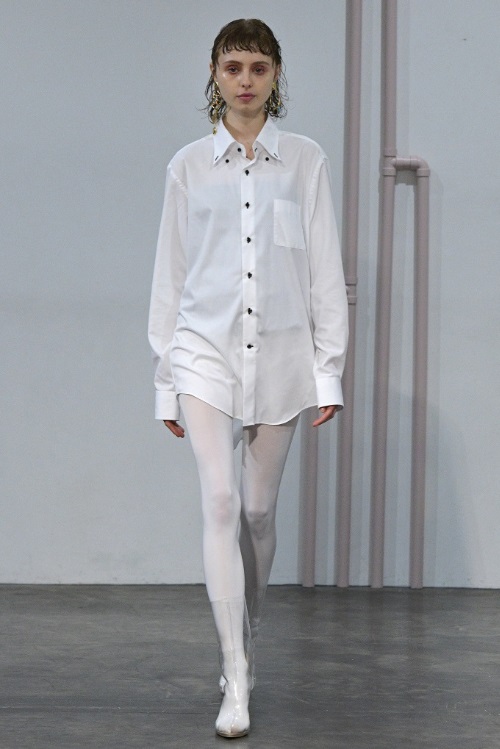 But the accessories hinted at what was to come, as did the two men dressed in black suits and white gloves who pulled out the shelves of clothes, which they transferred to the pipes. Aoki blurred the lines between the catwalk and the backstage by making her models change their appearance in front of the audience. It was an unusual choice that worked well for the collection, emphasizing the versatility of shirts and dresses inspired by men’s wear. 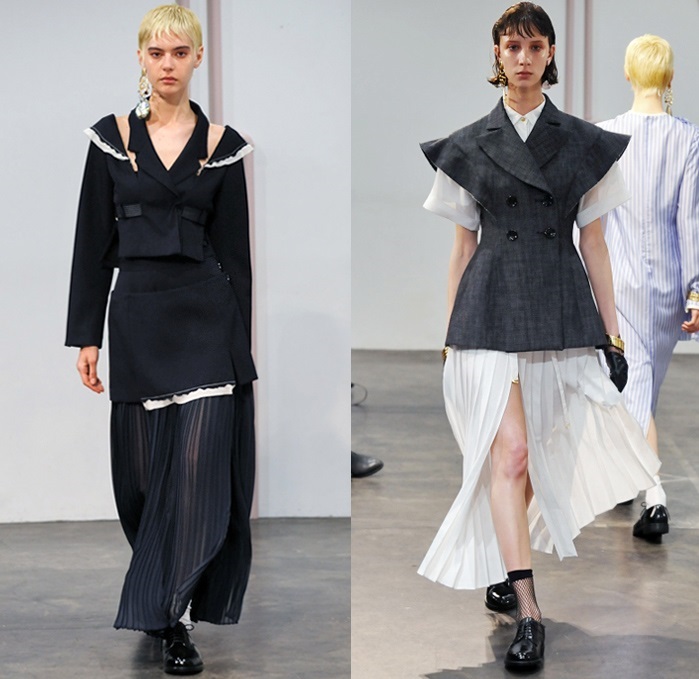 The models first came out in shirts or nightgowns, which were then tucked into their pants or layered under a jacket with long asymmetrical panels. The fabrics for suits and shirts traditionally used in men’s tailoring received a feminine touch with puff sleeves, pleats and ruffles. A white pants suit was sprayed with yellow and black paint, which Aoki said was inspired by graffiti. 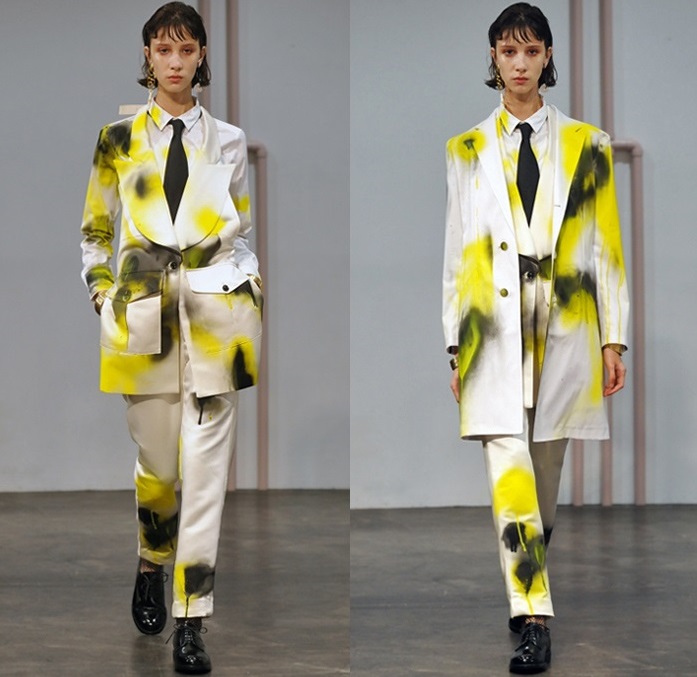 Definitely, a collection worthy of admiring and using, besides Akiko garments, have very accessible prices for the common consumer, so you can not miss the opportunity to have one of your designs in your closet, while you can still, you can choose from a tailored shirting shirtdress, pinstripe, ruffles, cutout shoulders, accordion pleats, straps belts, to long sleeve blouse shirt. 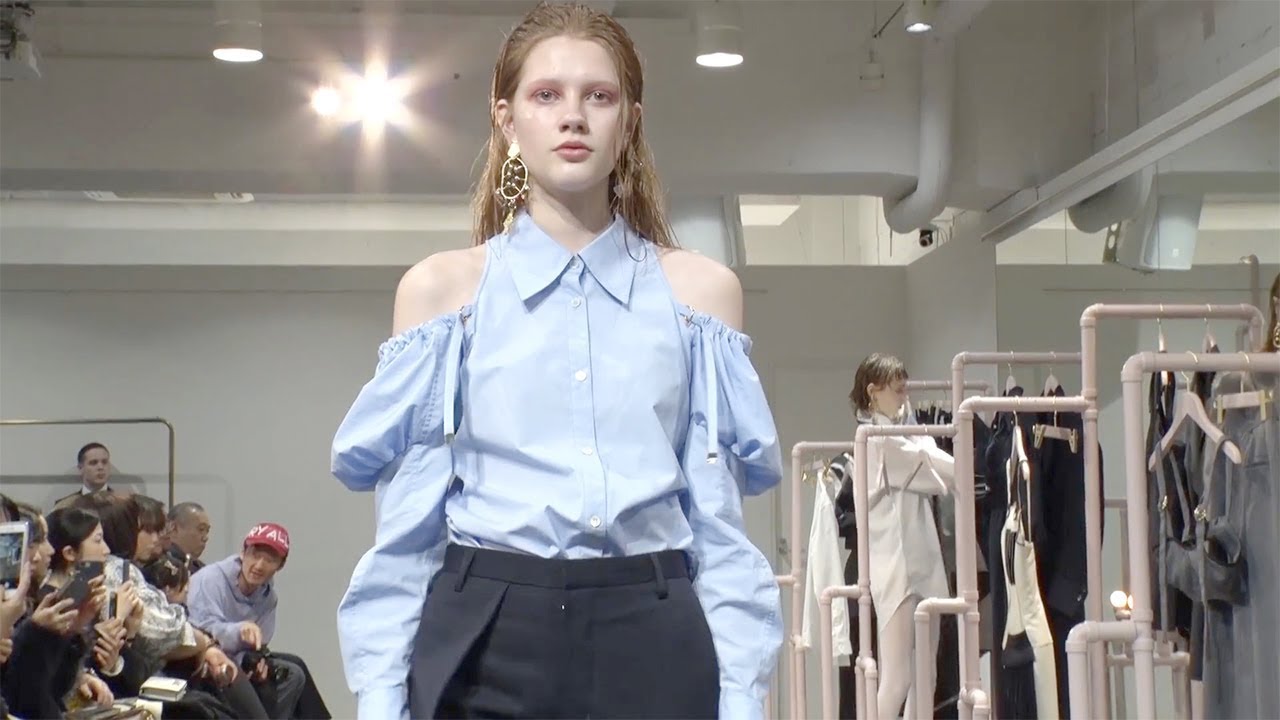 Aoki is a promising talent, whose feminine designs reflect an open sexuality that is unusual in a Japanese designer. Although she studied fashion design at Joshi University, as well as one year at Central Saint Martins, Aoki attributes much of her creative experience to what she learned at Coconogacco.